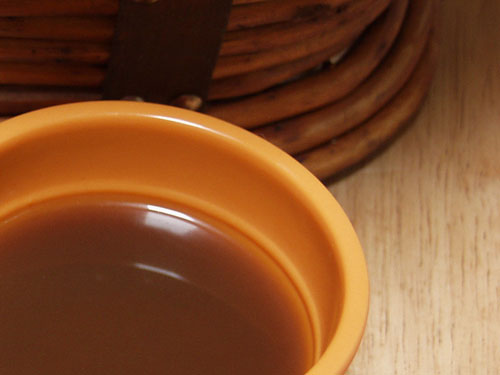 And now for something completely different.  A news item on CBC this morning got me thinking. Apparently people in New York City are paying more than $8 a cup for breakfast bone broth. So, what does that suggest?

First it tells me again that many people really care about what they eat. They’d rather have a cup of broth billed as ‘bone’ broth than something from a package that’s labelled broth, or rather than their favourite coffee, and are willing to pay a lot of money for it.

No doubt broth is good for you.  It’s made from the bones of animals and because it’s simmered for hours all the nutrition from the bones goes into the broth.  Usually you add vegetables, onions and garlic to the water the bones are cooking in and that adds more nutrition and makes a tasty, healthy base for things like soup, stew, etc.

I wonder if people generally also think that broth is slightly exotic. The word bone to describe it gives a ‘Paleo’ feel and all that suggests.

Most of our customers decline bones when they place their order, although bones are available. I think there’s an impression that whatever you’d do with them is complicated and that the result just means more work

In fact, making beef broth is pretty basic. Below is a recipe I took from a www.mercola.com  post of a recipe from ‘Heal Your Gut Cookbook’ by Hilary Boynton and Mary Brackett. I’ve shortened it a bit. There are variations on the theme but this one is good.

Place bones in pot or crockpot, add apple cider vinegar and water and let the mixture sit for 1 hr so the vinegar can leach the mineral out of the bones and into the broth.

Add the vegetables, skim the scum from the top as it appears to get rid of impurities, bring to a boil.

Reduce to a low simmer, cover and cook for 24-72 hours. Or, rather than cooking it overnight, turn it off for the night and turn it back on in the morning.

During last 10 min of cooking throw in a handful of fresh parsley for flavour and minerals.

Let cool then strain, making sure all the marrow is knocked out of the bones and into the broth.

Add sea salt to taste. Drink as is, store in fridge up to 7 days, or freeze up to 6 months for use in soups or stews.

P.S. If you’re using a slow cooker, first bring everything to a boil in a pot on the stove and skim away the impurities before transferring to the slow cooker for the rest.

If you add bones to your meat order this would be a cinch. Put it in the fridge and in the morning think about those New Yorkers as you sip away at your very own bone broth on the way to work 🙂